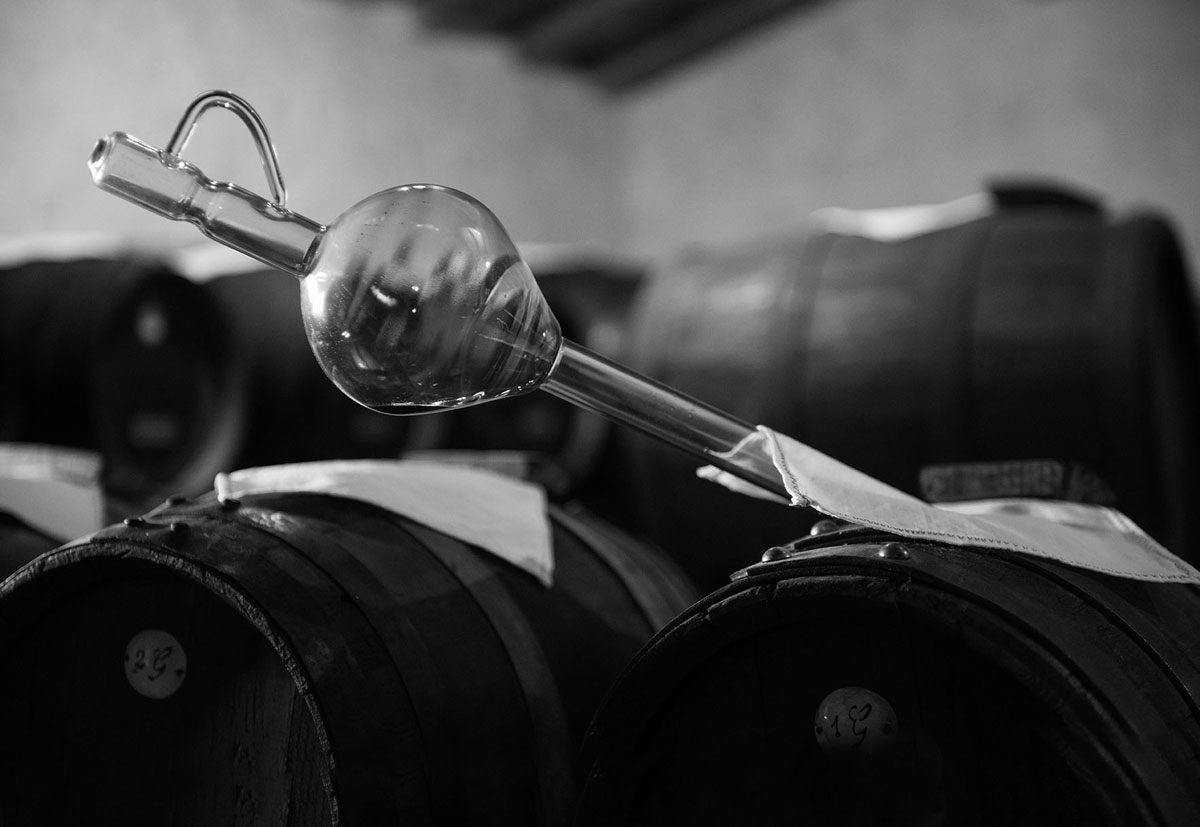 At “La Cà dal Non” Vittorio and Mariangela take care of the production. According to the changing of the season we perform all the activities that give life to the product.
In Autumn the harvest and the pressing of the grapes are followed by the cooking of the must. The must used to produce Traditional Balsamic Vinegar of Modena is obtained by a gentle pressing of overripe ‘Trebbiano’ grapes and other typical

Modenese grapes, such as ‘Lambrusco’. Before the uncooked must begins to ferment, we cook it in an open caldron to allow free evaporation and with fire in direct contact with the surface of the caldron.

During the cooking, the must slowly concentrates losing a variable quantity of water, until at the end of the process, the must has a dark brown colour, a high sugary tone, a pleasant flavour and fragrance. Then after cooling and decantation, the cooked must is aged in a series of decreasing volume barrels made of different kinds of wood (oak, chestnut, cherry, mulberry, juniper, etc...).

This series, traditionally called “batteria” is usually set in the loft of the house where the vinegar can feel the variations of temperature in the different seasons.

The change of the woods in a ‘batteria’ contributes to give the Traditional Balsamic Vinegar its unique and typical flavour and fragrance.

The seasons succeed one another: during the cold winter the Traditional Balsamic Vinegar ‘rests’, becoming clearer, the torrid summer heat ‘concentrates’ sugar, acidity and flavour,  while in spring and in autumn, when the temperature is mild, the microbioloigical activity is at its most.

In this way, the product in each barrel of the ‘batteria’ begins to be different: in the biggest barrels the typical distinctive characteristics of the Traditional Balsamic Vinegar of Modena are still young, while moving toward the smallest barrels all the microbiological activities gradually end, and the Traditional Balsamic Vinegar of Modena can now age and mellow.

Only after a minimum of 12 years of “travaso” and “rincalzo” we can start taking out a small quantity of vinegar from the smallest barrel of the series to submit it to the tasting commission. For the product called extra aged we have to wait for at least 25 years.

We guest groups or private visitors.

The best recipes from our family.

Works of art made only with grapes.