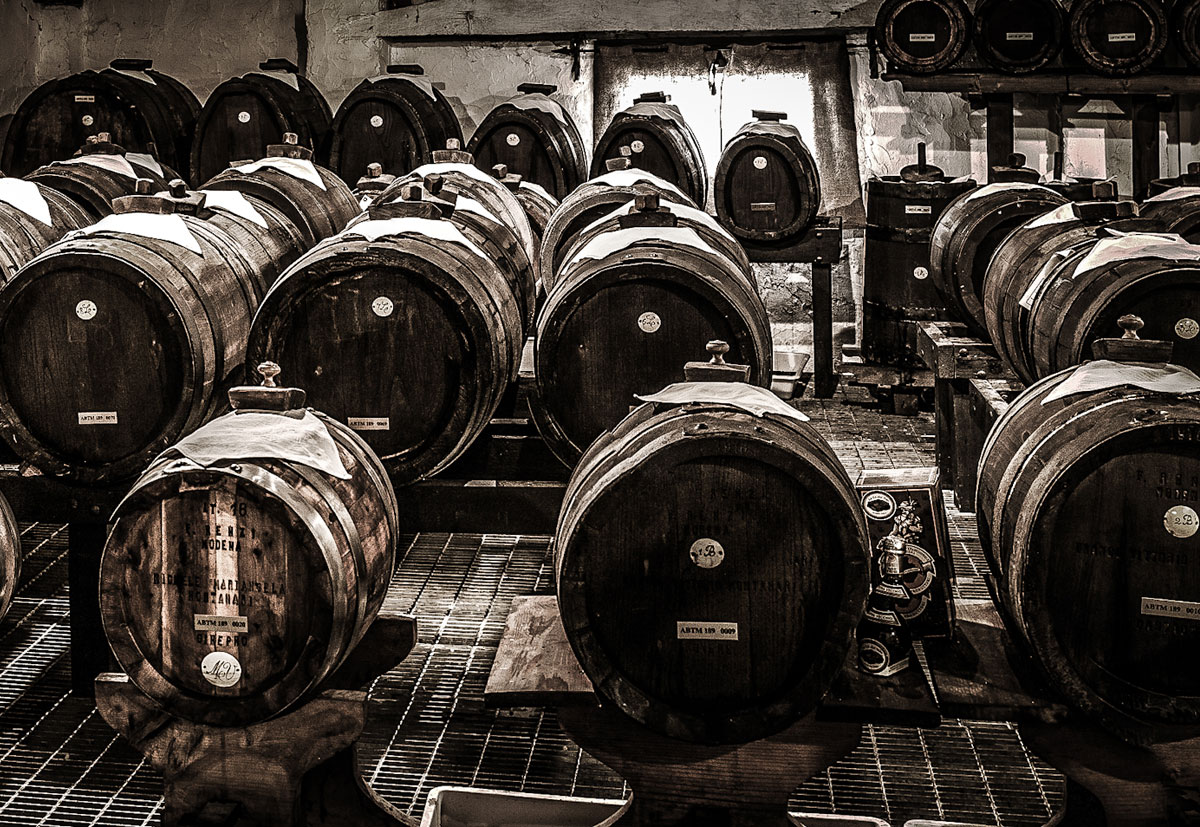 The ancient world already knew and appreciated its inimitable properties, people living in Modena have always jealously kept this precious treasure in the lofts of their homes, people living all over the world are discovering it little by little... in Modena you can find deposits of priceless ‘black gold’.
If you go for a holiday in the town that was in ancient times the capital of the Estense Dukedom, and now is celebrated as the birthplace

of the wellknown singers Luciano Pavarotti and Mirella Freni, home of the ever-famous Ferrari, you should not wonder if you hear people speaking of barrels and long ageing of a valuable and mysterious ‘black gold’... you haven’t met a new and unknown emir dealing with his oil wells, you’ve got in touch with the centuries old and fascinating tradition of a balm unique in the world, a real jewel of Italian cooking: the Traditional Balsamic Vinegar of Modena.

Traditional Balsamic Vinegar of Modena takes its origin in the mists of times: the Romans, that 2000 years ago lived in Mutina (the ancient name of Modena) already knew vinegar and used it to preserve food and to prepare refreshing drinks. In our area people used to prepare SABA, longly cooked and concentrated grape must, they used, as well as honey, to sweeten food. As the Traditional Balsamic Vinegar of Modena comes from natural fermentation followed by a slow vinegarization process of cooked must, scholars think the origins of this unique product could be dated back to the Roman tradition of cooking the grape juice to make SABA.

Following the course of events, we find in the chronicles of the year 1046 some interesting notes about Arrigo III, who being in Italy to be crowned emperor, asked as a gift from his vassal Bonifacio, Marquis of Canossa, for a barrel of the precious vinegar they used to make in the area of Modena. We can’t be sure this vinegar was our Traditional Balsamic Vinegar, but for sure it was its ancestor.

Jumping 500 years, we find the Traditional Balsamic Vinegar well settled in Modena. In 1598 Modena became the capital of the Estense dukedom, at the time one of the most lively court in Europe, and in the chronicles of the city we found more and more news about our precious vinegar and its production. In the XVIIth century Modena flourished, becoming the centre of a vigorous cultural life. The fame linked to the ‘acetaia’ (the acetaia is the loft where the barrels of Traditional Balsamic Vinegar of Modena are kept) of the Duke, set in the south tower of his palace in the city centre – today seat of an important military academy - spread over the borders of the Dukedom thanks also to the cruets of noble vinegar given as a gift to the delegations that paid homage to the Duke.

In 1796 the Napoleon troops, conquered Modena, and the barrels of the acetaia were auctioned and bought by the rich families of the town. Only after the year 1815, after the defeat of Napoleon and the coming back of the Duke to his town, the acetaia was started again. In the following years many documents witness the increasing renown of the product. The Duke Francesco IV Este was a great lover of his Balsamico. The king Vittorio Emanuele II, welcomed in Modena on the 4th May 1859, was so fascinated by the product that he gave order to transfer the best barrels to his castle in Moncallieri, in Piedmont. These barrels were lost forever, but the following year the royal wine expert Ottavio Ottavi asked to the modenese Francesco Agazzotti how to manage an acetaia. The Agazzotti, starting from a XVIIIth century manuscript, wrote to Mr Ottavi a letter explaining to him the traditional production technique. Since then this document has always been considered as the rule for the production of traditional balsamic vinegar (Aggazzotti, 1860; Aggazzotti, 1862). These few hints give an idea of the old and noble history of Traditional Balsamic Vinegar of Modena. Today we use it only in the kitchen, but in its long life Traditional Balsamic Vinegar has been used for different purposes: as a remedy against sore throat, toothache, hoarseness, drunkenness, headache, etc...

We guest groups or private visitors.

The best recipes from our family.

Works of art made only with grapes.